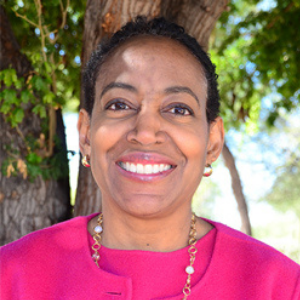 Brenda Thomson has served as the Executive Director of Arizona Humanities since March 2010. Thomson brings a wealth of knowledge and experience to Arizona Humanities, specializing in executive management, fundraising, human resources, public speaking, community relations, and strategic planning.  She is committed to promoting diversity, equity, and inclusion through the humanities, and is inspired by the rich history of the people and places of Arizona. Prior to joining Arizona Humanities, Thomson directed The Center for Law Leadership and Management at the Sandra Day O’Connor College of Law at ASU; and was also the Executive Director of the Maricopa County Bar Association. In addition to Carver, Brenda serves on the national board of the Federation of State Humanities Councils, Phoenix Burton Barr Library Advisory Board, and Arizona Women’s Hall of Fame. B.A. English, Yale University, J.D. Yale Law School. 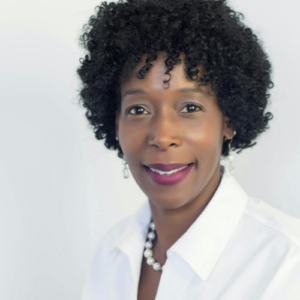 Sonji Muhammad is the Director in the Office of Equity, Diversity and Inclusion at University of Arizona College of Medicine-Phoenix.  She manages programs, initiatives and facilitates workshops while working collaboratively with students, faculty, staff and administrative leadership to ensure the College of Medicine-Phoenix’s department’s programs and initiatives remain relevant and beneficial to the College campus.  She assists the Associate Dean of Equity, Diversity and Inclusion in coordinating, planning, and implementing the College’s diversity strategic plan and goals. Sonji received her Bachelor of Arts from Arizona State University and Masters of Art from Johns Hopkins University.  She earned a Diversity Leader Award nomination from the Diversity Leadership Alliance in 2016 and Special Project Award from the City of Tempe in 2014.   She is the mother to two daughters and grandmother to 5 grandchildren.  She loves to travel domestically and internationally as well as attending concerts. 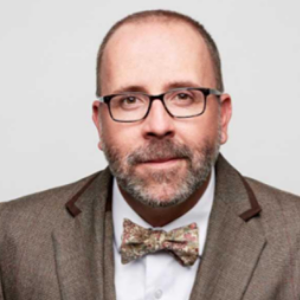 Since July 2019, Joseph Benesh has worked as the Executive Director of Arizona Citizens for the Arts – the only statewide arts advocacy nonprofit organization. In his community work, Mr. Benesh currently sits on the Phoenix Office of Arts and Culture Commission, and boards of the Greater Phoenix Chamber, and George Washington Carver Museum and Cultural Center. Prior to joining Citizens, he worked for eight years as the Director of Phoenix Center for the Arts. Previously Benesh worked for ten years in arts management at Phoenix Theatre, Theater Works, and Stagebrush Theater. In 2011 he managed the Manhattan Movement and Arts Center In New York City, where he obtained his M.A. from NYU. Prior to this Benesh developed and lead community outreach programs in group homes, shelters, and other community centers that serve inner city children. He wrote and directed Night of the High School Dance, the Musical for One Step Beyond – an organization that serves developmentally disabled young adults. As a professional artist, he directed for the stage at Phoenix Theatre, Space 55, Black Theatre Troupe, the Okoboji Summer Theater, and many more. He is committed to advocating for arts & culture and their deep impact on individual lives, local culture, and the greater economy. M.A. New York University. 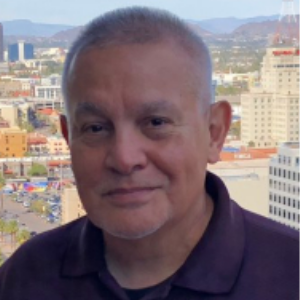 Roberto Frietz is employed as a Neighborhood Specialist for the City of Phoenix Neighborhood Services Department since 1995. Mr. Frietz has extensive experience in implementing and coordinating comprehensive community engagement initiatives such as Weed and Seed, Neighborhood Initiative Areas and Neighborhood Fight Back Programs. He also has previous experience working in homeless services and youth programs.  Mr. Frietz has previously served as a board member for New Pathways for Youth a nonprofit organization that provides mentoring opportunities to Phoenix area youth and was a volunteer coach for the Phoenix Suns Nite-Hoops basketball prevention program serving young men ages 18-25. He currently sits as a board member for the Creighton Community Foundation and the George Washington Carver Museum and Cultural Center. 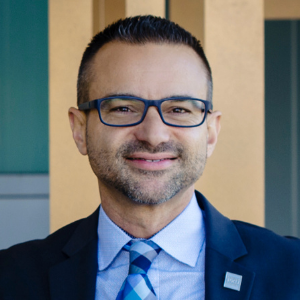 Dr. Chad E. Gestson has served as superintendent of the Phoenix Union High School District since the fall of 2015. Under his leadership, Phoenix Union has launched five new schools, from a Gifted and Talented academy, to a college preparatory academy in one of the city’s most underserved communities, to the Phoenix Coding Academy. The district has seen tremendous increases in graduation rates, scholarship totals, and college matriculation rates. Prior to being named superintendent, Gestson was the district’s director of school leadership. In that role, he supervised principals and developed future principals and assistant principals through an Aspiring Leaders program that he created. Before joining Phoenix Union, Gestson was a middle school principal and elementary school assistant principal in the Isaac School District. Prior to his work in education, Gestson was a commercial construction superintendent in Seattle, Wash. B.A. English, University of Washington, an M.Ed. curriculum and instruction from Arizona State University, and an M.Ed. in educational leadership from Northern Arizona University (NAU). Ph.D educational leadership, NAU. Broad Academy Fellow. 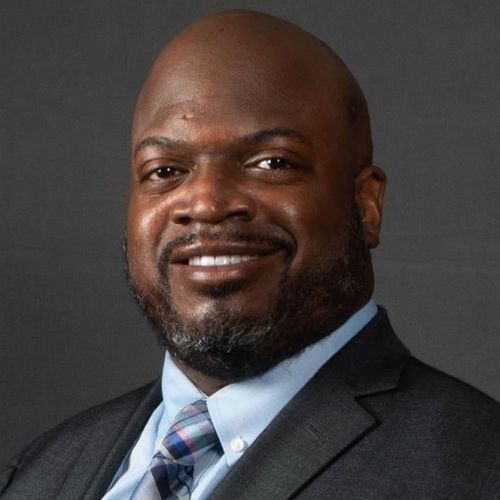 Eric Kemp has 27 years of experience in public education. He has been a high school principal in Phoenix, Arizona since 2007. Before that he taught and coached at four different high schools. First in the suburbs of Baltimore, Maryland and later for Phoenix East Valley high schools. Mr. Kemp is the past President of the Phoenix Union High School District Black Alliance and the current President-Elect of the Phoenix Alliance of Black School Educators. He serves on Arizona Department of Education Professional Practice Advisory Committee and Arizona African American Legislative Leadership Committee’s Education Pillar. He is a member of the NAACP. Mr. Kemp is a native of Milford, Connecticut. After graduating from Bel Air High School in Bel Air, Maryland in 1988 he attended Towson State University in Towson, Maryland. At TSU he earned his certification to teach secondary education and a bachelor’s degrees in Social Sciences and History. He would later earn master’s degree in Curriculum and Instruction and Educational Leadership at Arizona State University. Mr. Kemp is currently working on a doctoral degree in educational leadership. He first visited the George Washington Carver Museum and Cultural Center when he brought his high school students for a tour in the late 1990s. He has since made many visits and brought hundreds of others to the museum and cultural center. Mr. Kemp has a vision to make the museum a premiere museum and center for learning in the Southwest. 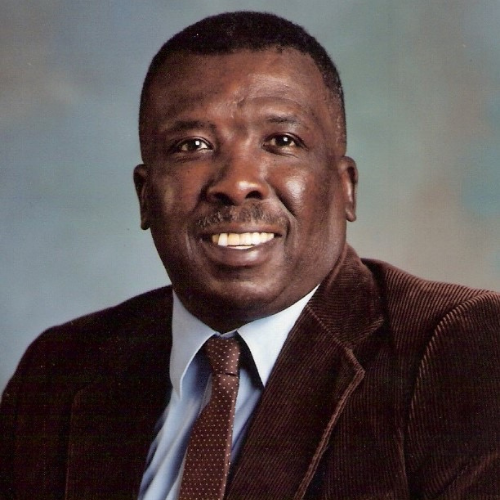 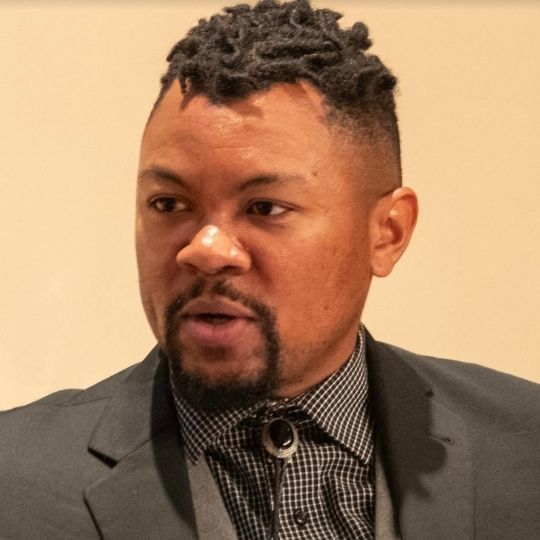 Dr. Anthony Pratcher II is a Lecturer and Honors Faculty Fellow in Barrett, the Honors College, at Arizona State University. He was awarded a B.A. in History from Howard University and a Ph. D. in American History from the University of Pennsylvania. His scholarship uses oral interviews, census data, and archival collections to explore how urban policies influence community formation in the metropolitan Southwest. He co-edited a textbook on planning history, Planning Future Cities (Dubuque, IA: Kendall-Hunt, 2017), with Dr. Walter Greason and has been published by Pennsylvania Magazine of Biography and History, Southern California Quarterly and Technology and Culture. His research has been funded by an NEH/ODH Fellowship on Space and Place in Africana/Black Studies and by the Center for AfricanAmerican Urban Studies and the Economy at Carnegie Mellon University. He serves as Secretary for the George Washington Carver Museum and Cultural Center in Phoenix. 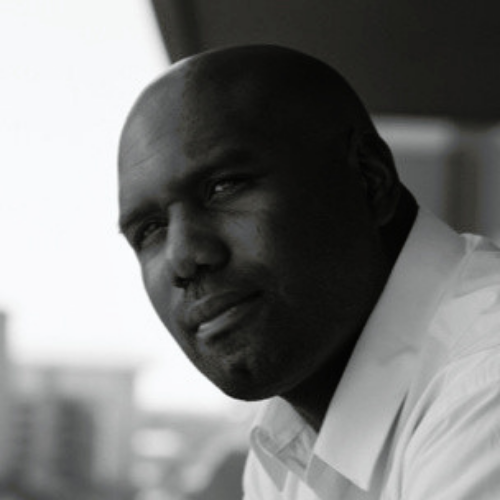 Oye Waddell is the Founder and CEO of Hustle Phoenix, a non-profit organization that exists to equip and catalyze under-served entrepreneurs annually with the intellectual, social and financial capital they need to create sustainable business ventures for the common good. Fueled by his visionary style of leadership and the belief that all people have dignity, Oye knows that some of the most innovative entrepreneurs in the United States are in underserved, urban communities. Oye attended the University of Washington on a full athletic football scholarship. He later earned a Master of Public Administration from the University of Southern California and a Master of Education from Arizona State University. 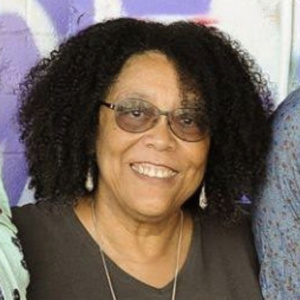 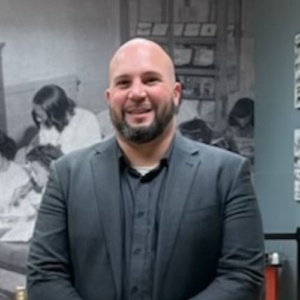 Paul Alan Taliecrio is director and Chief Curator of The Sapien Musuem of Anthropology & Natural History, a new virtual exhibition project he founded in 2018 to collect, research, preserve, and plan exhibitions that tell the stories of our human evolution through time, geopolitical changes, and environmental adaptations. His current projects include the George Washington Carver Museum & Cultural Center, where he is restoring and modernizing exhibits that tell the stories of the first segregated school in Arizona. His executive background includes being a founding board member Compass CBS Foundation, a private family foundation that supports economic empowerment initiatives by creating educational programs for multicultural, entrepreneurial communities and by sponsoring innovative groups who make a difference in Arizona. His work helps provide the right tools, expertise and strategies for multicultural professionals and small businesses to thrive, and in turn, contribute to Arizona’s economic and social growth.

Help Us Preserve Our History!